When everyone’s having a hard time… when things are going bad… when the citizens have lost faith in their leadership… when Godzilla comes to town every two years and tears the place to pieces and you reconstruct the towers over and over again, only for them to be destroyed in that same fashion… an inescapable cycle… that’s right… when right in front of your eyes your dreams are pecked out of you like the very liver of Prometheus; left to suffer on the side of a mountain for eternity, his liver constantly regenerating, only to be ravished again and again by the vultures… a nation afflicted by an indomitable curse…you begin to question why you even bother anymore…

And then all of a sudden, a cool cat suits up, puts on his cufflinks and comes to the rescue.

Now I was delighted when I discovered that Big Sam had become the manager. I thought he was the man for the job. I thought we could do with a bit of rigour, a bit of Big Sam-like ferocity. And what’s sad is, he wanted it more than anything. His whole career was leading up to that job and when he finally earned it, he was too stupid and too greedy to keep it. We became a managerless laughing stock. Candidates for the full time managerial position were a motley crew of rising and decaying stars, nobody striking as truly worth the cataclysmic investment needed for an official appointment- no Messianic figure was waiting in the wings. It was simply a case of; Gareth, you’re up.

Step up a charming young gentleman with greater experience than many might give him credit for. A vicious old school British centre half, reviled by some for his penalty miss, and revered by others (Villa and Boro supporters) for his inspirational captaincy, winning two League Cups and leading two small time clubs into the UEFA Cup. Some think that Gareth is a tame, docile beast, but some are wrong. Others know better, like Roy Keane for example, who still claims that the belligerent centre half attempted to break his legs, before stamping on him. You only need to look Gareth’s hair from those days to realise that that is the hair of a fucking nutcase.

When then high-flying Boro manager, Steve Mclaren was called to take the England job, Gareth was called upon to manage the side at the age of thirty six — and seized the challenge with both hands– passing with flying colours for three seasons. Following this he took a break to relax, drink lager and think tactics. Three years later, he took control of the U21 side, gaining a vast knowledge of the youth of English football in a successful three year stint.

With 2016 came the biggest hurdle of all, the footballing job of everybody’s nightmares. Like us, Gareth has seen England managers come and go and ebb and flow and rise and fall to their deaths. They have a habit of signing off in the most ignominious of circumstances, desperately clutching an umbrella, resignation speech prepared pre-match, or negotiating a needless trip to the Middle East with a fictional agency in an upmarket boozer.

But Gareth was not daunted by the liquid of the poisoned chalice. The country called for Gareth, and Gareth did what was right. With a truly Gareth-esque swagger he grew a beard and took responsibility. To accept all of the aforementioned positions inherently implies inborn leadership skills, but more importantly; the man is ice cold in the face of a challenge, and not afraid to lay down his life for the cause.

Even contemplating Gareth is enough to get me thinking up a bunch of words I associate with him that I’d never normally get to use – Gareth is saviur faire in the way he conducts himself in interviews, he appears suave in his risky, debonair waistcoat, Gareth is aplomb in the way he carries his body as he walks up to the touchline, Gareth oozes sangfroid from his pores. He is cooler than the proverbial cucumber.

The curse may not withdraw. We may go down like we always have, the doomed nation, shackled to disappointment. But I say if we are going to go down, we might as well go down under the leadership of a cool cat. And as we’ve agreed, that is certainly what we’re dealing with here. 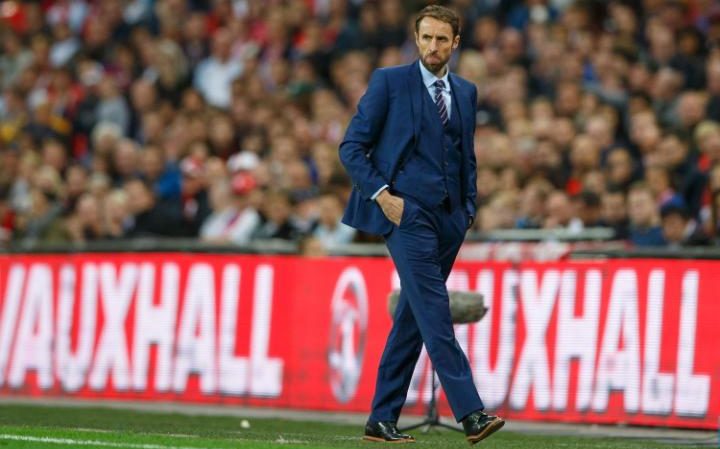